Eels are back in the classroom! 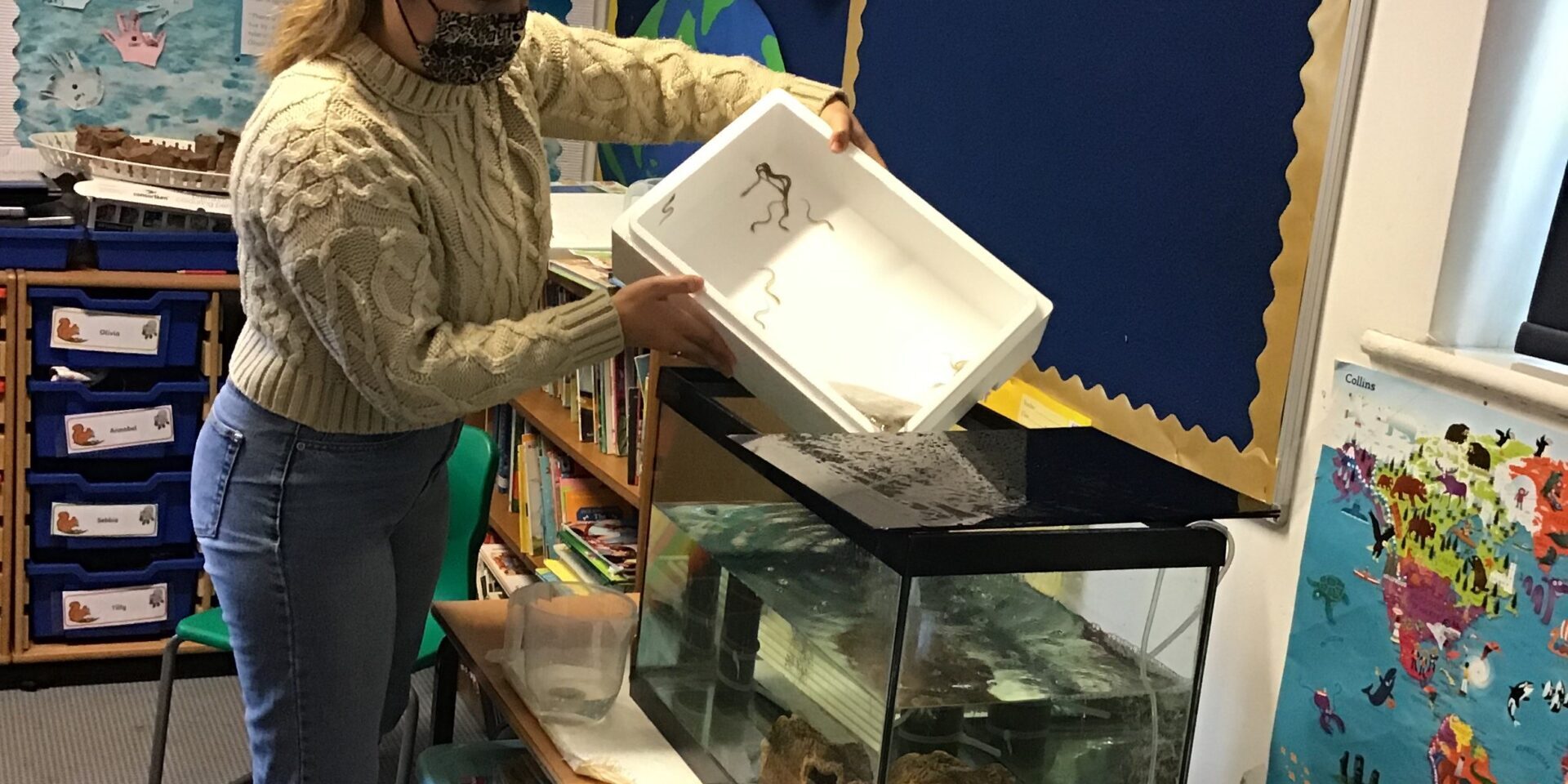 150 European eels have been delivered to 3 schools in the Chew Valley as part of BART’s Eels in the Classroom project. Despite the uncertainty of project delivery due to Covid-19 we are thrilled to be able to go ahead with the exciting education project.

The pupils have been kept in suspense for the past couple of weeks as the tanks sat empty at the back of their classrooms with no indication of what creatures they will host. Their guesses for who would be joining the class included fish, tadpoles, frogs and seahorses with a couple of pupils even guessing correctly!

The eels will be cared for by the class while the students learn about their intriguing life in the wild and the challenges they face in their natural habitats. In a few weeks, the children will say goodbye to the eels as they release them back into the river to continue on the next phase of their journey!

Eels hatch in the Sargasso sea and spend 2-3 years travelling through the gulfstream, arriving in the UK as tiny transparent elvers, glass eels. The schools received the eels at this stage of their lifecycle and will spend the next 3 weeks in the classrooms, until it’s time to release them back into rivers to begin the next stage of their lives. The eels can spend up to 50 years in the headwaters of rivers, in small tributaries, ditches and streams before they make the epic 5000 km migration back to where they were born in the Sargasso Sea to spawn.

While the eels are in the classrooms, BART’s project assistant, Greg, will deliver a series of lessons based around the eel lifecycle and the threats to eels. Eels are becoming harder to find in UK rivers, because they are critically endangered and since the 1970’s, the number of eels reaching Europe has dropped by 90%. Overfishing and river pollution are key reasons for the eel’s critical status and river barriers such as weirs also contribute to eel decline in UK rivers as these can prevent eels from travelling upstream.

We are pleased that BART are contributing to the protection of the European eel as a critically endangered species and we aim for this project to raise awareness of the threats that eels face. Perhaps equally as important is that we inspire the next generation of River Guardians by connecting them with the natural world and instilling an interest and passion for its wildlife.

BART received a Bags of Help grant from Tesco to support this project. It’s a scheme which gives community projects like us grants. You can learn more about the scheme here.

If your school is interested in taking part next year, then please email george@bristolavonriverstrust.org