The Bristol Avon could be just 19 miles long as this is how far it is between its source at Acton Turville in South Gloucestershire to the Severn Estuary.  However,  it has chosen to take a slightly longer route through Wiltshire and takes a 75 mile course to the sea at Avonmouth. This extended journey makes the Bristol Avon the 19th longest river in the UK.

Along its journey the Avon meets a number of tributaries including the River Marden, Somerset Frome , River Chew, and smaller streams such as the By Brook , Brinkworth Brook and the River Trym. You will know many more! Our major cities, Bristol and Bath, exist where they are now because of the river, as communities initially settled alongside it for drinking water, as a defence in battle and for trade, to name but a few reasons. There are also many towns along the length of the river including Malmesbury, Chippenham, Melksham, Bradford-On-Avon and Keynsham as well as smaller settlements at Saltford, Avoncliffe, Freshford and Claverton which will be familiar names to many train passengers.

The river and its banksides provide important habitats for birds, insects and fish. Trees, reeds and many other plants grow in and along the river creating a diverse and beautiful refuge for many river users as well as a home to wildlife. Even in urban settings, there is more to see than meets the eye and those who stand and stare are often rewarded with the sight of kingfishers and dragonflies and, for the very lucky, the otter or water vole. 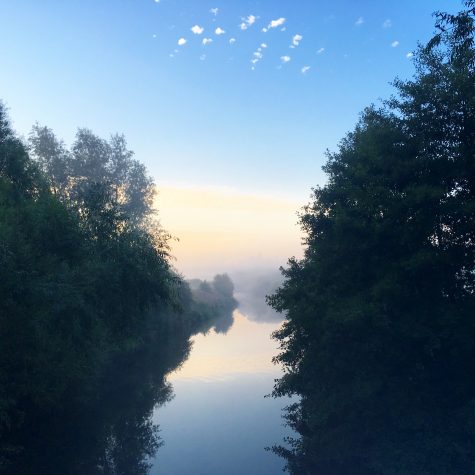