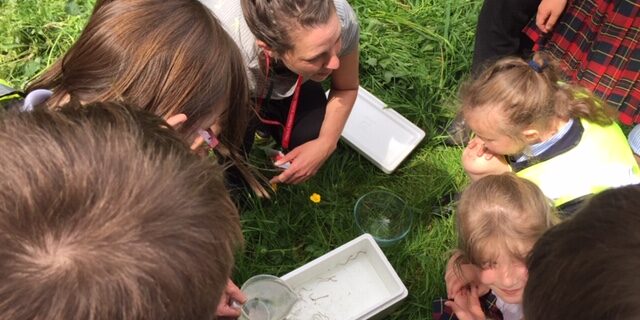 Our Eels in the Classroom 2022 project has been a great success due to the fantastic effort from all pupils and teachers involved! This project is lead by BART and runs every year to educate the younger generation on a species that is critically endangered but rarely talked about.

European eels are in desperate need of conservation efforts to ensure their survival in our local rivers and not only one of the most endangered species in the United Kingdom, but are also one of the most elusive and mysterious.

Eels were once a common and popular fish to catch to make eel pies and jellied eels, but they have been gradually declining since the 1970s due to overfishing and migration barriers, such as weirs, preventing eels to move throughout rivers for suitable habitats and to avoid predators.

The European eel is now a listed as Critically Endangered on the International Union for Conservation of Nature (IUCN) Red List of Threatened Species and has several levels of protection, such as being listed as a UK Biodiversity Action Plan Priority Species and is also protected under European Eel Regulation (European Commission) and the Eels (England and Wales) Regulations 2009.

Over 100 pupils from two different primary schools in the Bristol area have been exploring their local rivers and released two sets of 50 elvers into the River Frome that they looked after for 4 weeks. During the time the eels were in the classrooms, BART delivered a series of lessons about the eel lifecycle, their habitat and the threats they face on their long migration journey. A combination of visual learning and interactive activities were used to engage the pupils, which the children thoroughly enjoyed and showed great enthusiasm and an eagerness to learn throughout the project.

The first lesson involved introducing the eels into the tank and explaining how the children can help to look after them during their 3 week stay. The pupils were given a daily rota to ensure the tank was kept clean, basic health checks were carried out and the eels were fed regularly.

Lesson two aimed to educate the children all about the interesting lifecycle of the eels, which is still something that remains widely unknown by scientists around the world. One of the interactive activities led by BART aimed to help the pupils understand each stage of the eel lifecycle, which involved the children drawing their own life cycle poster.

The final lesson covered the threats that eels face in the wild, while also exploring the things that we can do to help the eels, other river wildlife and the habitat itself. Throughout the lessons, two interactive activities were led by BART to help the children understand the difficulties that eels face in our rivers, such as sewage outflows, barriers, plastic pollution and overfishing. An informative but fun video was also shown to the children outlining the lifecycle of the eels and the threats that they face, which can be found below.

Once the lessons were delivered, it was time to release the eels back into their local rivers and for the children to say goodbye. BART are thrilled to say that approximately 100 European eels were released into two rivers close by to the schools within the Bristol Frome catchment. During the eel release, BART also delivered a river dipping event with the students to educate them about the other wildlife hiding beneath the surface of their local rivers and how to identify them.

What one of the class teachers thought of the project…

“The Eels in the Classroom project was such an amazing experience for our children to get involved with! It linked perfectly with our enquiries, ‘Where does our water come from?’ and ‘How is plastic impacting our planet?’ where we looked at the human impact upon our waterways. Our children loved having the opportunity to look after a critically endangered species, observing them change over the time they were taking care of them and getting to release them into the wild. We even had some tears on release day because the children didn’t want to let them go! I was so impressed with the team from BART, particularly with Amy, for providing three excellent workshops to go alongside the eel tank, teaching the children all about the eels, their life cycle and the threats that they face in the wild. Thank you so much for allowing us to take part, we would love to get involved again in the future!”

In addition to our Eels in the Classroom project, pupils from Pensford Primary School helped to release over a thousand elvers across four sites along the River Chew. The pupils from Pensford took part in the Eels in the Classroom project last year and were delighted to again be a part of the conservation effort. The sites were chosen as they would usually be difficult for the eels to reach as these habitats are blocked by weirs, dams and flow control structures. The Sustainable Eel Group worked alongside BART to source the young eels and identify areas of the Bristol Avon where the eels could thrive.

Thank you to the Environment Agency and Martin Wills Wildlife Maintenance Trust for funding this project.

If your school is interested in taking part next year, then please email Rozy: