Here at BART we like to give other ‘watery’ organisations a helping hand, so we spent a couple of weeks with the Wiltshire Wildlife Trust Water Team to help out with some of their river restoration work. We worked near Salisbury on the River Bourne, the River Nadder and the River Avon, installing woody debris to improve habitat and channel sinuosity in over-widened and over-straightened channels. 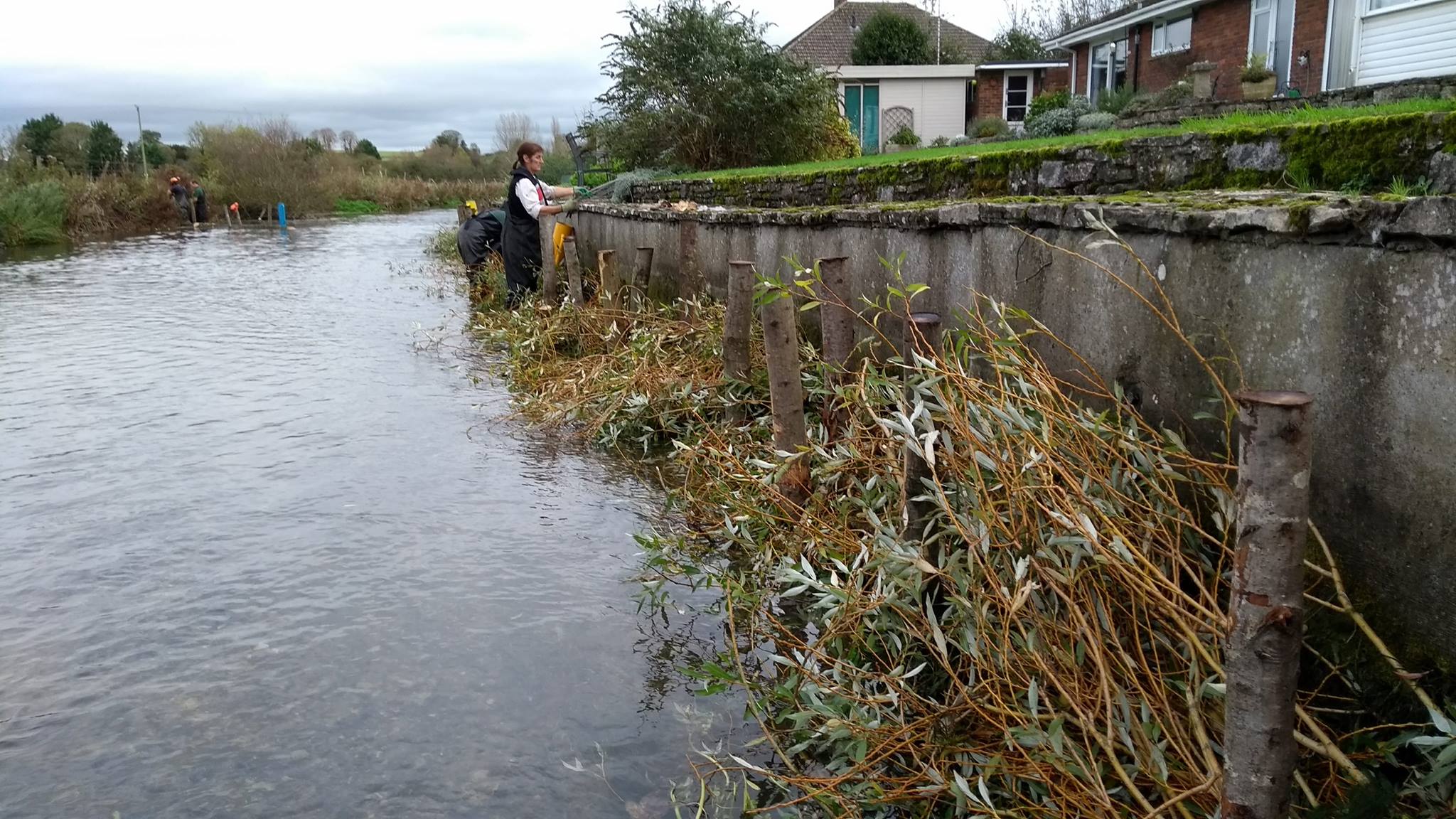 In some places there was no in-stream habitat available at all for invertebrates and fish, shown in the photo above, where a concrete wall has been used on one side of the channel. Installing woody material at the base of the wall will help to reduce erosion and protect the bank, provide shelter for small fish and help to trap any suspended sediment in the water column to prevent it settling and smothering the riverbed gravel. 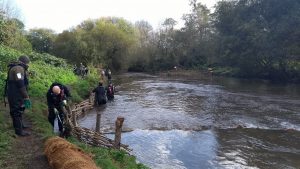 We also carried out bank improvements in places where the river was beginning to erode a public footpath. Using the technique of hazel weaving shown above, we constructed a natural bank protection feature which was then back-filled to create a much wider bank, safer footpath and prevent further erosion.

Thanks to Wiltshire Wildlife Trust for having us along, it’s amazing to see how much we can achieve by working together with the support of a great team of volunteers, we couldn’t have done it without them!