You are here:
ProjectsLatest News 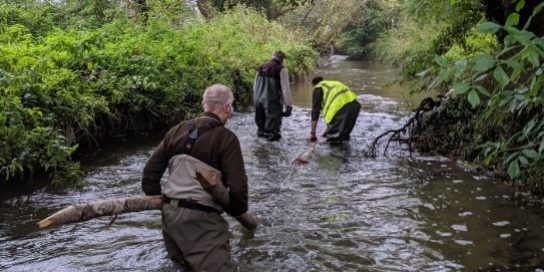 During October 2019, BART’s operations team delivered a habitat restoration project on the Ozleworth Brook, a tributary of the Little Avon in South Gloucestershire.

A volunteer works party from Charfield Angling Association assisted BART in restoring a 150 metre stretch of river which had been identified by the club as unproductive for fishing and lacked habitat and flow diversity. Prior to restoration, the channel was over-wide, shallow and devoid of its natural features, providing little cover or refuge for fish or aquatic organisms. The artificially straight and uniform channel was characteristic of slow depositing flows; the bed was silty which smothered river bed gravels.

To increase flow diversity and channel sinuosity (to introduce bends in the river) throughout the 150 metre stretch, BART’s operations team led the team of volunteers to install brushwood berms. The team tactically harvested woody material from the banks of the river and the to create the in-stream structures, prioritising areas of dense canopy to allow more light to reach the channel through the dense canopy and encourage macrophyte growth. As a general rule, BART aims for a ratio of 60:40 shade to light.

The woody deflectors were strategically positioned in channel and secured to the river bed and tying into the banks to create a series of pinch points throughout the stretch of river. The brushwood berms were designed to over-top during high flows and capture fine sediment. Eventually, they will fill up with sediment forming berms. The brushwood berms will encourage natural processes such as sorting of river bed gravels, creating deeper pools and shallow fast flowing riffles.

As the four brushwood berms capture silt and become self-sustaining they will help create a more diverse river cross-section, creating deeper pools which will provide valuable habitat for wild fish including migratory species such as sea trout. The material that is scoured will then naturally deposit downstream in slower flowing water, with this material forming suitable fish spawning habitat. The faster flowing sections will encourage water crowfoot to establish which provides further habitat for aquatic life and lifts river levels during periods of low-flows.

The images below show how the brushwood berms had already begun to take effect in the weeks following the restoration project. There were noticeable improvements to the river bed, with the scouring and depositing of silt within the berms and sorting of river bed gravels. The subsequent high flows throughout the winter has continued to fill the berms and flush the silt from the river bed. There is a large water crowfoot bed upstream which we hope will begin to colonise throughout the restored section, now that diverse flow conditions have been re-instated. We are confident that the section of the restored river will begin to perform better as a wild fishery whilst providing improved habitat and refuge to invertebrates, fish such as brown trout and mammals.

BART are working across the Bristol Avon catchment to restore our rivers and improve habitat for riparian wildlife. To find out more about this project or others across the catchment contact george@bristolavonriverstrust.org. 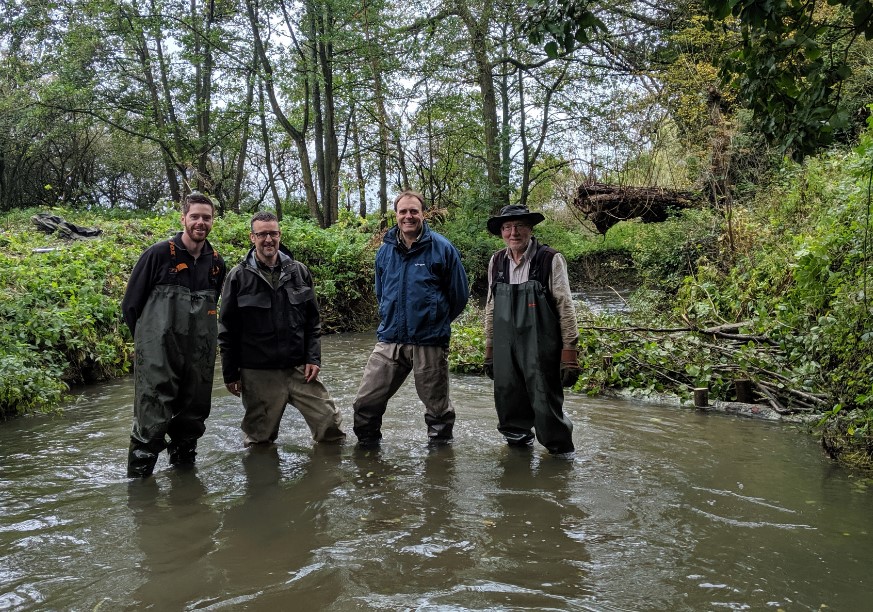