Surprise landing of a sea trout from the middle Bristol Avon

Sea trout are occasionally caught in the lower river, but so many weirs and other obstructions have been built on the Bristol Avon throughout history that passage is all but blocked and we seem to have lost what would undoubtedly have been a natural sea trout population. This fish has battled against huge odds! 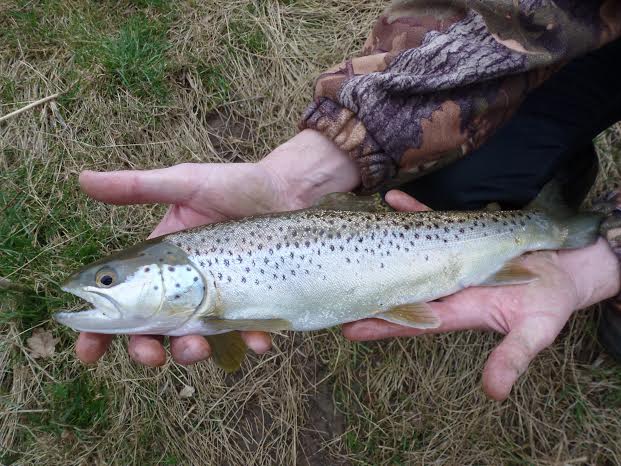