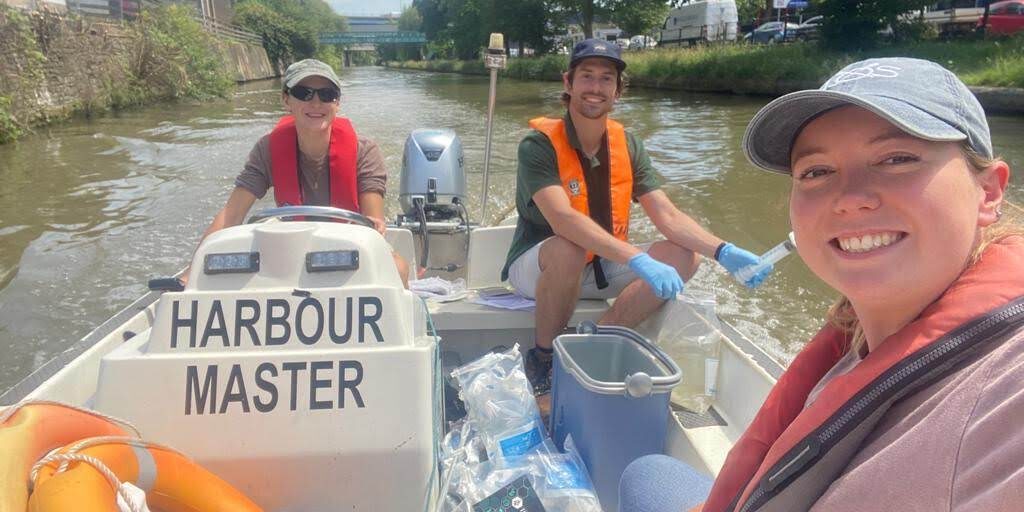 Bristol Avon Rivers Trust (BART) worked in partnership with Bristol City Council and Nature Metrics to carry out a pilot environmental DNA (eDNA) analysis of individual species and communities of fish collected from sampling the water columns at 10 sites across Bristol’s Floating Harbour and River Avon during February, June, and July 2022.

What is Environmental DNA (eDNA)?

eDNA is genetic material of an organism that can be obtained from its environment; sources include dead skin cells, mucus, faeces and saliva, which have been shed by the organism into its surroundings. The presence of eDNA, even at very low concentrations, can indicate which species exist in specific habitats, including waterbodies, and the relative abundance of these species between sampling sites.

eDNA offers a cost-effective and supplementary monitoring technique that will improve our understanding of the distribution of fish throughout the catchment, particularly important for those areas where there is an absence of or limited data.

Why the need for eDNA analysis in the Floating Harbour and associated waters?

Much of the River Avon, especially throughout the Floating Harbour, and its tributaries have not been surveyed before. eDNA provides a cost effective and reliable technique to determine the fish species present in the river system and their spatial and temporal distribution.

Ten sites within Bristol’s Floating Harbour were sampled in February, June and July 2022.

Water samples were obtained using a sterile collection bag. Water from the bag was drawn up through a syringe attached to a filter. As the water passes out through the syringe, eDNA is collected on the filter. The filter is then sent to a lab to be analysed using DNA sequencing – a way of identifying which species the DNA belongs to.

The methodology utilised during this project provides a novel, useful, and relatively economical tool for future monitoring and for aiding prioritisation of future river improvements.

So, what did we find?

57 eDNA samples were collected from ten sampling sites, 27 in February 2022 and 30 in June 2022. Sample site 1 was not surveyed in February 2022 due to adverse weather conditions. This is the reason for the discrepancy between total number of winter and spring samples.

The following provides a summarising of the eDNA data:

The eDNA survey has provided a valuable fish species distribution dataset for Bristol’s Floating Harbour and additional sections of the Bristol Avon which were subject to sampling. The area under investigation has not had any historical fish surveys completed before so the abundance and diversity of fish populations within this inner-city area of the Bristol Avon or Floating Harbour is somewhat unknown.

It’s encouraging to find the critically endangered European eel so well present at the majority of sampling sites, including in relatively high abundance in the Floating Harbour and the Feeder Canal. This critically endangered species faces an extremely high risk of extinction in the wild and effort should be made to ensure that it can thrive in our waterways.

You can find out full details in the report below:

The data can be used to identify areas within the Floating Harbour and the lower Bristol Avon which would benefit from protection, rehabilitation, and improvement of aquatic habitat. For instance, following the eDNA survey, a Bristol City Council led project that will improve freshwater habitat in the Floating Harbour via installation of floating islands was recently successful in its application to the West of England’s Combined Authority’s Green Recovery Fund. A recent blog from the Mayor also makes reference to the eDNA survey.

Future eDNA analysis of this area will show species changes to abundance and distribution over time. With luck this will reflect positive changes, including improved fish passage through the Bristol Avon catchment, and consequently a greater abundance of the fish species in these waters.

BART is also working with partners to develop a Bristol Avon Fish Recovery Strategy that’s aim is to guide collective action to deliver an agreed vision for better managed and connected watercourses in the Bristol Avon, making a vital contribution to a thriving natural freshwater environment, society and economy. The strategy will seek to embed the value of rivers in decision-making across spatial planning, public health and economic development.