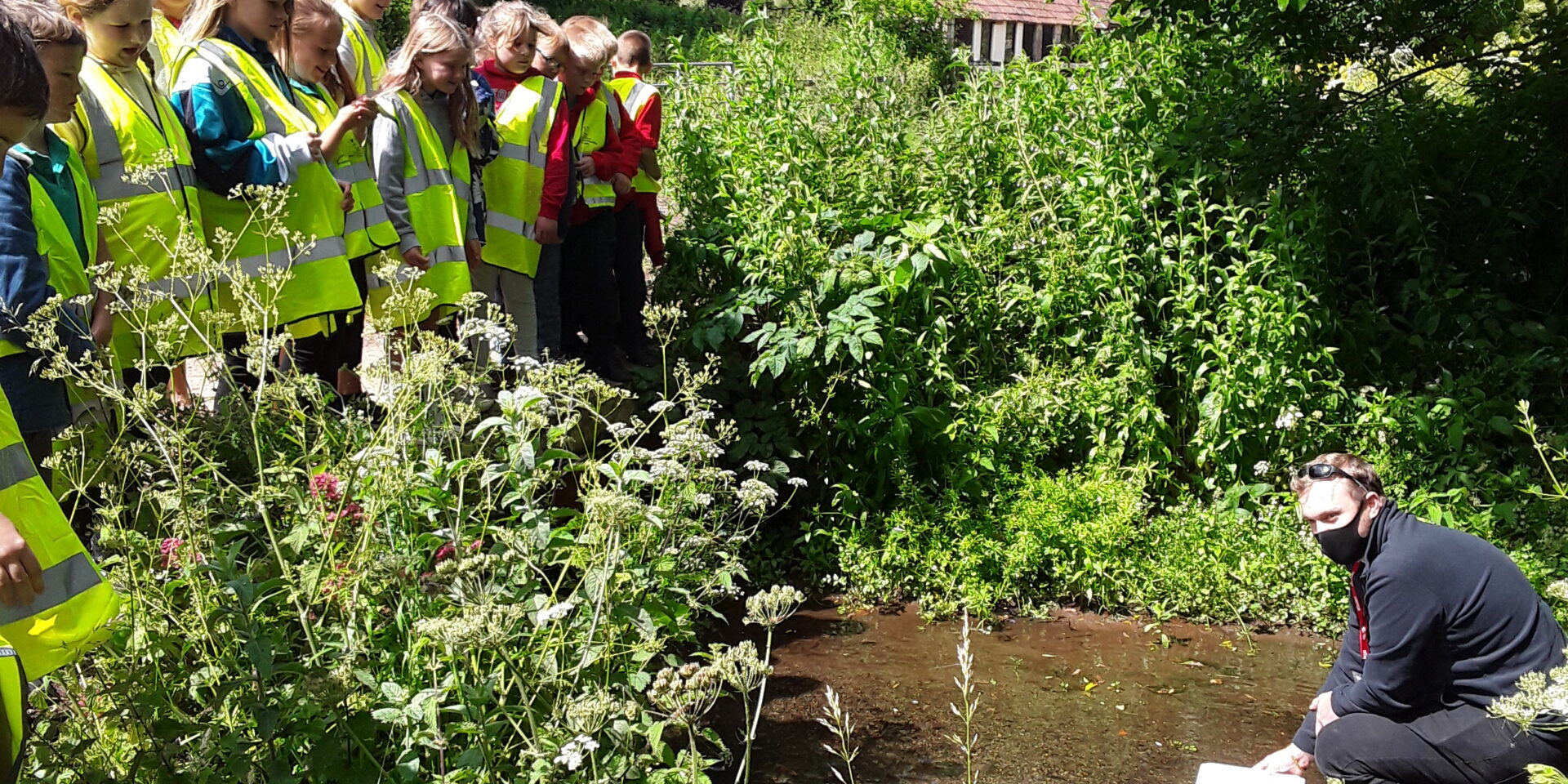 We are very pleased to share a summary of our Eels in the Classroom (EiTC) 2021 project delivered with several schools throughout the Chew Valley! EiTC is a BART staple, which we thoroughly enjoy rolling out annually to schools across the Bristol Avon. The project is based around education of a species that lives below the waterline that you rarely hear about, but  are in need of conservation measures for their continued survival within our rivers. Eels are becoming more challenging to find in UK rivers, because they are critically endangered and since the 1970’s, the number of eels reaching Europe has declined by 90%. Overfishing and river pollution are key factors for the eel’s critical status and river barriers such as weirs also contribute to eel decline in UK rivers as these can prevent eels from travelling upstream to access suitable habitat as well as increasing the risk of predation.

Whilst the eels were in the classrooms, BART delivered a series of school lessons which aimed at educating the next generation of river guardians about the amazing lifestyle and  threats to eels in the wild. A combination of slides and videos were used to engage the children, which was then followed by a questions and answers session and an activity themed around what was learnt during the lesson. We were completely blown away by  some of the questions raised by the young minds – they certainly tested us! The children’s enthusiasm for learning and wanting to learn more about our rivers was truly inspirational. One school even made a large poster that was covered with questions that the children had through of. Interestingly, some of the questions are the same questions that researchers are yet to answer, such as the exact location that the eels spawn.

Lesson 1 included introducing the eels to the tank, giving an overview of the eels and how they were to be looked after whilst in the classroom.  The BART team provided a daily rota to make sure eels were fed, the tank was kept clean and in working order, and basic health checks of the eels. Lesson 2 was all based around the fascinating lifecycle of the eels – see our previous project update here.

The topic of the final lesson was about the threats to eels in the wild. Overfishing, river pollution and river barriers such as weirs that impeded the eels movement throughout a river contribute to the eel’s decline in UK rivers.

The lesson also explored the things that we can do for eels and all river wildlife, is to keep the water and their habitat clean. The students learnt first hand that it is far more challenging to clean water once it has become dirty, than it is to prevent it from becoming dirty in the first place through a practical demonstration. The activity included providing 2 buckets to a group: one empty and one ‘polluted’ (containing bits of biodegradable shopping bags and broken tea bags). The children used a combination of jugs and filter paper to remove the bits of plastic and tea in order to ‘clean’ the water. The children gave it their best shot, but they did struggle to clean the water, particularly the particles of tea.  This activity demonstrated a key message: we must keep our rivers clean, because its difficult to clean them once they become polluted.

Following the lessons, the eels were released at suitable locations along nearby rivers and streams. The children said their farewells to the eels, and wished them well on their journey. We are delighted that 150 European eels in total were released into the River Chew and Congresbury Yeo. Following the release we delivered a river dipping event with the children to see what other wildlife is living within the river, where they learnt how to identify lots of mini beasts!

We were thrilled to be able to go ahead with the EiTC project this year, and ensured that measures were in place to do so safely and in line with Government guidelines. It is so important that we continue to inspire, educate and raise awareness of the critically endangered European eel as well as highlight the pressures that impact upon their survival. Equally as important is that we continue inspire the next generation of River Guardians by connecting them with our rivers and instilling an interest and passion for its wildlife.

BART received a Bags of Help grant from Tesco to support this project. It’s a scheme which gives community projects like us grants.

If your school is interested in taking part next year, then please email george@bristolavonriverstrust.org